An international team from the University of Alabama at Birmingham and University College London and Queens University Belfast in the United Kingdom developed a cell culture model that could help to develop earlier treatment strategies for age-related macular degeneration, the third most prevalent cause of vision loss worldwide.

In AMD, which is twice as prevalent in older persons as Alzheimer’s disease, the part of the retina used for detailed vision degenerates. Extracellular deposits rich in fats and proteins, called drusen, accumulate under support cells (retinal pigment epithelium) thus blocking transport between the photoreceptors and their blood supply.

Drusen are major early risk factors for both neovascularization and geographic atrophy. These are the late forms of AMD usually with irreversible vision loss, although neovascularization is managed with monthly injections in the eye. It is thought that understanding how drusen are formed is key to stopping these late complications.

Drusen do not occur naturally in laboratory animals, except in primates after several decades of life. Therefore a suitable cell culture model should accelerate the development of early treatment strategies. Previous cell culture models recapitulated several aspects of drusen formation except the formation of hydroxyapatite, a recently discovered key component of drusen growth.

In research published in Investigative Ophthalmology and Visual Science, a team led by Christine Curcio, Ph.D., Clyde Guidry, Ph.D., Matthew Pilgrim, Ph.D., and Imre Lengyel, Ph.D., reported that retinal pigment epithelium cells removed directly from a pig eye can lay down all the major constituents of drusen: lipids, proteins and other trace elements, as well as hydroxyapatite when the cells are grown on specific surfaces. This model confirms the hypothesis that RPE cells in early AMD are functional, and that the conditions of the so-called Bruch’s membrane on which retinal pigment epithelium cells grow in the eye is likely to be essential for drusen formation. The team expects that a readily reproducible and valid model system will be an important step in determining what molecules in drusen, and what changes in retinal pigment epithelium cells living over drusen, promote advancement to late stages of AMD.

The elderly are the fastest-growing segment of the population, and new drug targets to help older persons maintain the good vision required for independent living are eagerly sought.

International collaboration was facilitated by the Arnold and Mabel Beckman Initiative for Macular Research. 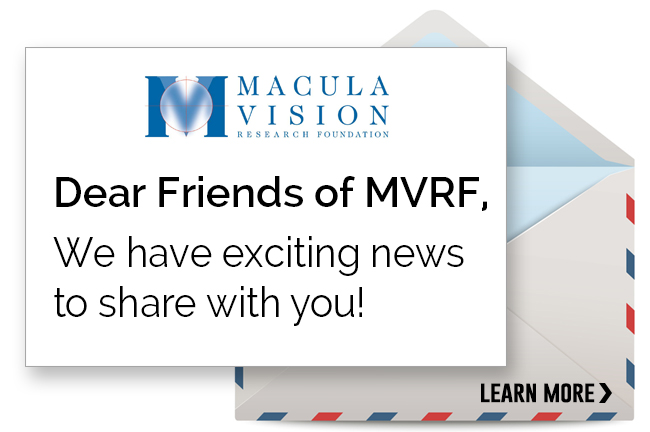