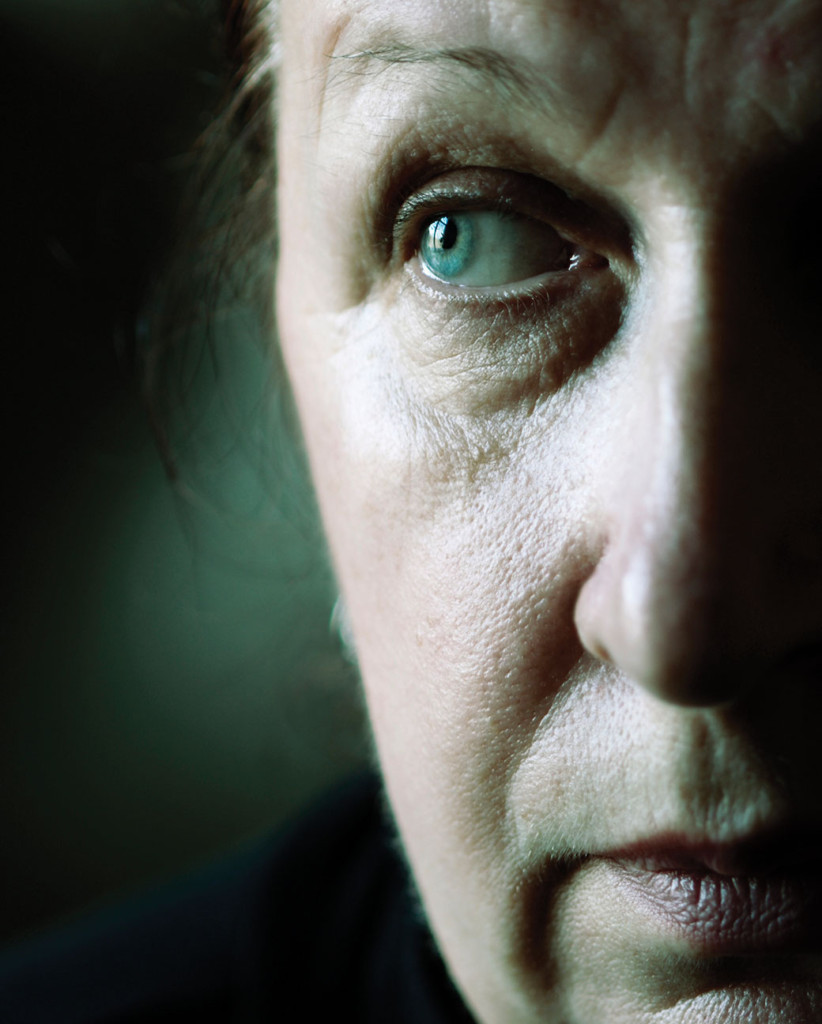 “I see things that are not there! I see faces and people who do not exist. I am embarrassed to tell my children because they will think that I am crazy. My mind is still sharp but I am scared and worried. This started when I lost my vision due to macular degeneration,” Clara stated in anguish.

Clara suffers from Charles Bonnet Syndrome, a relatively common condition in which people who have decreased vision see complex, vivid, repetitive images that are not real. This occurs in people who have central vision loss from eye conditions such as macular degeneration, diabetes and glaucoma. The hallucinations in Charles Bonnet Syndrome are not due to psychiatric conditions and are not due to Alzheimer’s disease. People are often afraid to discuss the hallucinations with family and doctors and therefore do not get the help that they need.

Charles Bonnet Syndrome was first described by and is named after an 18th-century Swiss philosopher who wrote about his grandfather, who had “visions” after he became blind from cataracts. He saw men, women, buildings, artwork and animals that did not exist. 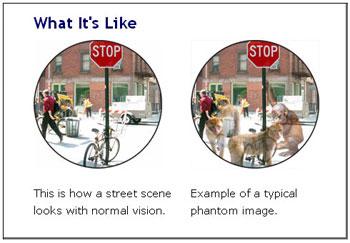 In Charles Bonnet Syndrome, people can see a variety of images, including colored patterns, people, cartoons, animals or trees. Sometimes the visions are in black and white and sometimes they are in color. Some people see simple, repeating patterns while others see complicated images such as landscapes, faces or animals. The images might be life-size or smaller or larger than life-size. They can last a few minutes or for several hours. The visual hallucinations seen in Charles Bonnet Syndrome do not involve other senses such as smell, hearing and taste. People understand that what they see is not real.

Unfortunately, visual hallucinations caused by Charles Bonnet Syndrome can be very bothersome, can create stress and can affect a person’s activities. Understanding the reason for the visual hallucinations can help people to cope with the condition. Some find that talking to other people such as friends, family or a mental health professional can help them cope. There is no proven drug that can stop the hallucinations. However, some drugs can worsen hallucinations so you may want to discuss your medications with your primary care doctor.

There are simple things that people can try in order to decrease their hallucinations. People sometimes find that they can stop the hallucinations by changing their activity or environment or by standing up. At times, the images may disappear if you close your eyes and open them quickly or move your eyes rapidly. In some cases, concentrating on something can cause the hallucinations to stop. For some people, their symptoms are worse when they feel tired or stressed, so you need to try to sleep well and reduce your stress levels. The good news is that the hallucinations are usually not permanent and can often become less frequent over time.